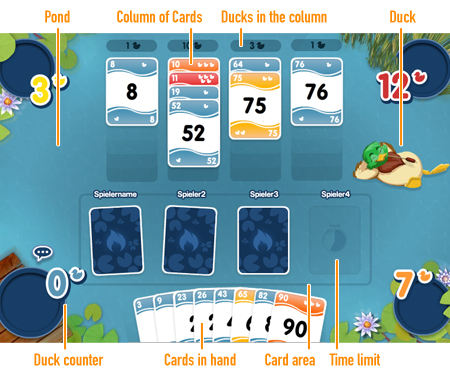 Lame Duck is an easy-to-learn and fast paced card game for four players. The aim is to play all of the cards in your hand and to get as few minus points (in the form of lame ducks) as possible. The winner is the player who has the least lame ducks.

Summary of the basic rules 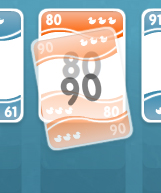