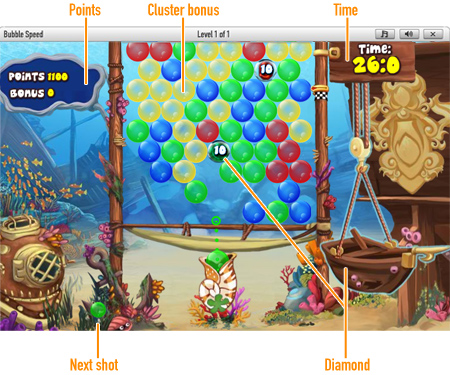 The aim of Bubble Speed is to shoot the bubbles upwards and to collect as many diamonds as possible. In order to do this, you must shoot the bubbles so that you form groups of 3 or more same-colored bubbles. You should attempt to release the next diamond as soon as possible as you receive 10 extra seconds for each diamond.

Aim of the game 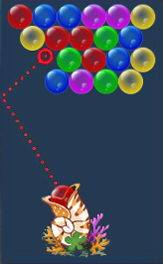 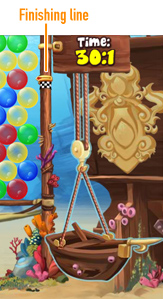 In Bubble Speed it’s not so important to position your shots as exactly as possible. In the end, it doesn’t matter how many shots you use to collect the diamonds as you have an unlimited amount of shots.

Don’t just shoot the bubbles at the bottom of the playing field. You can often create a “tunnel” or pop bubbles at the top of the screen by using the walls. Doing this may clear a larger bubble cluster.